After breakfast, instead of working, I decided to walk down towards the common. Under the railway bridge I found a group of soldiers–sappers, I think, men in small round caps, dirty red jackets unbuttoned, and showing their blue shirts, dark trousers, and boots coming to the calf.

They told me no one was allowed over the canal, and, looking along the road towards the bridge,

They said that they did not know who had authorised the movements of the troops; their idea was that a dispute had arisen at the Horse Guards. The ordinary sapper is a great deal better educated than the common soldier, and they discussed the peculiar conditions of the possible fight with some acuteness. I described the Heat-Ray to them, and they began to argue among themselves.

I saw one of the Cardigan men standing sentinel there. I talked with these soldiers for a time; I told them of my sight of the Martians on the previous evening. None of them had seen the Martians, and they had but the vaguest ideas of them, so that they plied me with questions.

Just then she heard something splashing about in the pool a little way off, and she swam nearer to make out what it was: at first she thought it must be a walrus or hippopotamus, but then she remembered how small she was now, and she soon made out that it was only a mouse that had slipped in like herself.

‘Would it be of any use, now,’ thought Alice, ‘to speak to this mouse? Everything is so out-of-the-way down here, that I should think very likely it can talk: at any rate, there’s no harm in trying.’ So she began: ‘O Mouse, do you know the way out of this pool? I am very tired of swimming about here, O Mouse!’ (Alice thought this must be the right way of speaking to a mouse: she had never done such a thing before, but she remembered having seen in her brother’s Latin Grammar, ‘A mouse—of a mouse—to a mouse—a mouse—O mouse!’) The Mouse looked at her rather inquisitively, and seemed to her to wink with one of its little eyes, but it said nothing. 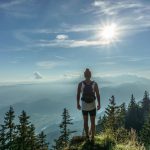 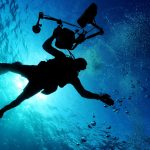 Next Story:
Our Undersea Adventure